By May 2013 its total readership (on and off line) had quadrupled.

As at May 2018, it averages 155 pages of full-colour, high-value content. With superb photos from the Jávea Community appearing in every issue, it retains its core values as a Community Magazine – complete with a lot of local news, events, restaurant guides, clubs and activities. Having moved away from print, it is now able to include interactive content, videos and links directly to the webpages and emails of its advertisers for low-cost and high potential return advertising. Distributed across several platforms media platforms the typical audience is 50% Spain, 25% UK, 25% rest of the world based. This roughly correlates to the multi-national nature of population of Jávea – so is read in most of the countries where current property owners in Jávea are based (or are from). 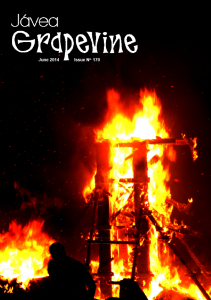 Summer 2014 saw the launch of Lanzarote Grapevine, the first of several regional and community based Grapevines. At 106 pages, the launch edition went to The Olympia Over 50s’ Show – where was put in front of thousands of people interested in finding holiday homes, making retirement plans or simply looking for an entertaining and interesting place for a holiday. The Full First edition followed shortly, a week later, with the Show specific content removed and replaced with local content. 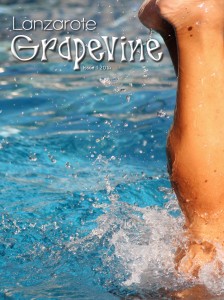 In Autumn 2014 we welcomed Barcelona Grapevine to our list – ably edited by Matthew Debnam – the first issue of 108 pages included articles on local places, historical perspectives, food, culture, municipal events but it also tackled the thorny issue of Catalonia independence with representatives from the yes and no factions, who answered some probing questions and who gave some clear and honest responses, explaining their stand points with balance and clarity. Nicely timed to come out ahead of the Scottish Independence Referendum, this was a superb launch magazine. 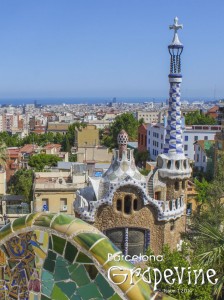 After a year in development, we now have an established  magazine that is readily transferable to other locations and genres. It is readable on any platform that can access the internet including PC, Apple, iPad, and android tablets, individual pages of interest can be emailed and shared. So, over the next six months we will be launching a series of sister publications across different genre, from special interest groups to community magazines. We have plans in place for over twenty more titles. This is about placing high quality content in a readable and attractive form into communities.